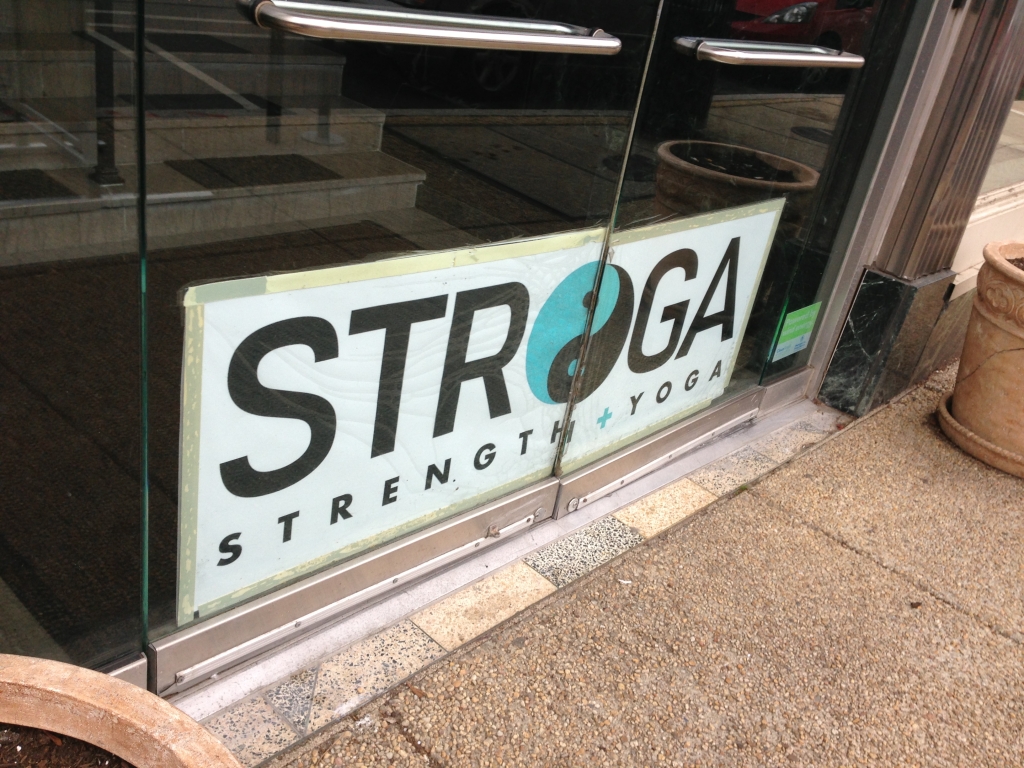 Crash Course: Power Core at STROGA promises a high-energy class focused on defining your core and it does not disappoint. Coach G will have you planking, TRX-ing, and mountain-climbing to a stronger core in no time. But why stop there? This class felt more like a full-body workout than a targeted ab class. At least that’s what my sore arms, glutes, and quads are telling me the day after.

Hi fit crashers! Anyone else confused where the last few months have gone? I’m having a particularly hard time believing it is December. If it weren’t for the holiday music, red Starbucks cups, and all the shopping hype, I wouldn’t believe that we’re actually sandwiched in that stretch of time between Thanksgiving and the end of the year.

If January is the month for making new resolutions, than December is the month for reflection. A recent diagnosis from my doctor that has me sidelined from running for the next 6-8 weeks has forced me not only to reflect on the past year, but also reexamine how I’ve gotten here.

What started out as tight calf muscles in late July, quickly escalated to further injuries throughout the fall. Just when I had gotten cleared to run again, I started feeling pain in my right heel. And since I had a half-marathon on the books for October, naturally I did what every stubborn, naïve runner does – I ignored it.

Fast-forward four months and countless PT sessions later, I’m still suffering from a beastly case of plantar fasciitis mixed with ankle tightness that forced me to sit out the October half and has me dropping out of another race this weekend in San Francisco.

It is amusing to think that a little over two years ago, I had to develop the discipline to run multiple days a week. Now, I had to find the discipline not to. Thankfully, I’m cleared to do most other activities, so I’ve been channeling all my running energy into finding the perfect core-focused class. Cue STROGA DC!

Located conveniently in the heart of Adam’s Morgan, STROGA offers an array of classes guaranteed to please fitness aficionados of all kinds. Yoga, spin, TRX, kickboxing, capoeria, vinyasa. Even tango graces the weekly line-up of classes. This is all very fitting, given the enormity of STROGA’s studio space (three floors, multiple studios). Seriously, it is like a sorority house of fitness classes. Complete with high ceilings, chandeliers, and winding staircases.

Fit Crasher Confession #1: I’ve somehow developed a bias that if a studio offers a wide-range of classes, they must not be as good as studios that specialize on one thing. I’m all for the combo studios, but when the variety surpasses five different class types, I get skeptical.

STROGA’s Power Core class was held on the third floor, past the ballroom (yes, ballroom). The space had a CrossFit feel to it, with lots of mat space and weights off to the side. When I signed-up for this class, I had flashbacks to taking core-focused classes in college – which really just amounted to doing a variety of crunches for forty minutes. Based on the set-up of the room, it was pretty clear we wouldn’t be doing isolated crunches the whole time.

Coach G kicked things off with a quick warm-up of ladder sprints and speedskaters.He brought equal parts energy and enthusiasm to our workout, frequently jumping in to join us, challenging those ahead of him to go faster. Next, we moved onto lunges and inchworms – a fancy little hybrid of push-up planks and downdogs, all done while inching across the room.

Just as I finally felt coordinated enough to do the inchworms, Coach G had us partner up for planks and London bridges. I thought the inchworm was challenging, but that was child’s play compared to what was up next.

Essentially, this exercise involved jumping over your partner and then shimming backwards under them while they move from plank to downdog. Easy, right? Nope. Especially not when you and your partner have significant height variation. Let this picture of Coach G demonstrating the exercise illustrate my previous point.

My arms were SPENT at this point. For a class dedicated to the core, I couldn’t believe how tired my arms were getting. But that didn’t slow us down from moving onto another partner plank and burpee set.

The last set of exercises we did incorporated TRX training and some more standard ab work. We got into two groups and did a series of exercises with either the TRX bands or an exercise ball. On our final set, Coach G laughed and said we all looked miserable, but I think most of us were just focused on engaging our core muscles so we wouldn’t fall on our faces while trying to plank on an exercise ball. We were a wiped-out and tired collective group at this point.

We ended class with a little bit of stretching, which was much appreciated. For me, the real test of a class is how sore I am the next day and I can safely say, this class passes with flying colors.