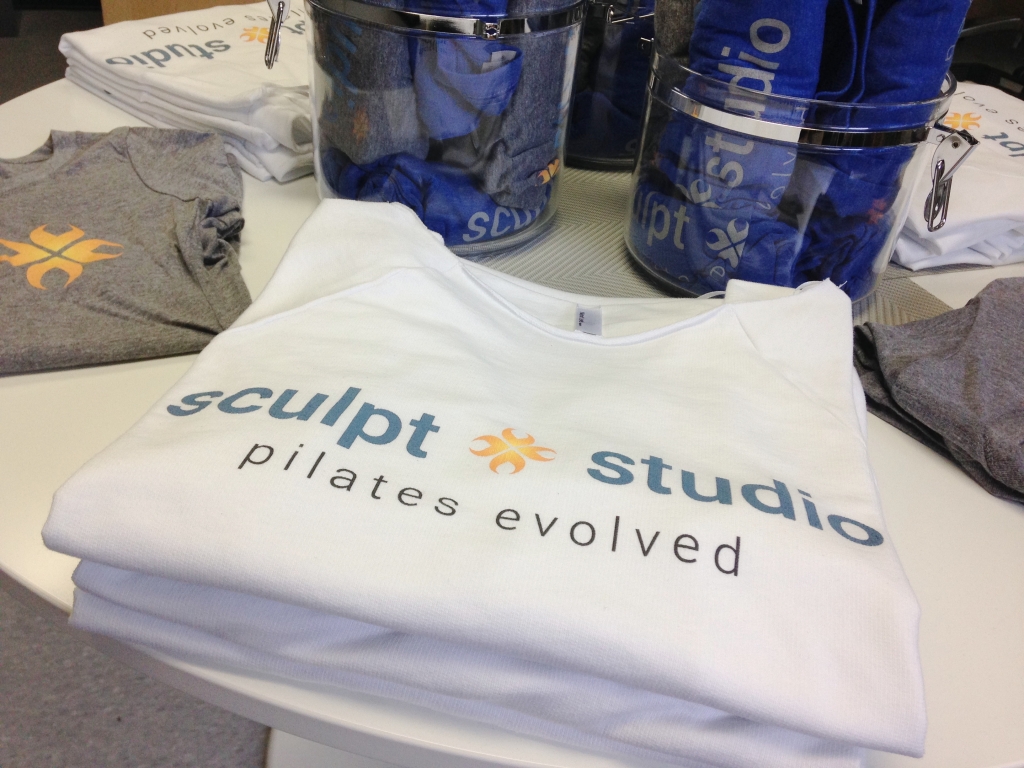 Crash Course: Sculpt Studio in Bethesda offers classes on the mega-popular megaformer machine, a souped-up pilates reformer on a serious power trip. This thing makes your entire body shake within minutes, and you’ll leave feeling toned, tired, a little buzzed, and fantastically sore. It’s a no-impact workout that caters to all fitness levels. But a note to even the fittest among us: check your ego at the door with this one, because you’re in for an incredibly challenging ride. Click here for a full schedule of classes at Sculpt Studio.   [line]

For all the times I said a $35-per-class fitness trend would never really catch on here in DC, let me be the first one to eat my words. With the rapid success and expansion of Solidcore and the popularity of Bethesda’s Sculpt Studio, I think it’s safe to say that the DMV is twitterpated with the ultra-lux megaformer workout.

Sculpt Studio is located on the lower level of the building and encompasses the main workout floor, a bathroom, and an adjoining studio/merchandise space. Despite being occupied by so many hulking machines, the gleaming floors, bright overhead lights, and high white ceilings give the space a wide-open, almost sterile feeling. A wall of mirrors sits at the front of the room, and a row of cubbies and hangers offer storage space toward the back.

The 10 a.m. Saturday morning class was nearly full, and everyone seemed fairly relaxed as they prepared for the workout. I, on the other hand, was a ball of nerves on my carriage, anxiously swishing through Twitter to distract myself from what was about to go down. The woman next to me introduced herself. I smiled back and asked if this was her first class. She said yes. I silently debated whether to warn her about the pain train that was about to happen in this bright, peppy room. Don’t be fooled by these sleek machines, I wanted to tell her, you’ll be sore for days. DAYS!

I opted instead for the interpretive: “Good luck!”

Before we got started, Mary went over the ins-and-outs of the megaformer machine. This is an introduction I honestly hadn’t received before, and I liked getting a little tour of all the different do-dads and options available. I also relished in this being the only part of class when I wasn’t shaking like a leaf and praying for the fitness police to come and save me from myself.

Then Mary put her headset on, turned up the music, and started taking us through the first few moves. We began with a series of excruciatingly slow ab exercises and planks. She would count each rep to the beat, going down “one, two, three, four” and up “one, two, three four.” Five minutes in and my arms and abs were already praying for a break. Do you think she would be able to tell if I put one knee down in this plank? Is it really cheating if the rest of my body is still engaged? There’s a lot of negotiating with yourself that goes on during a megaformer class – come ready to stand your ground and fight fair.

We then moved into a leg series using hand weights, which was a new combination I hadn’t tried before. For example, as we lunged we also worked our arms into an overhead press. I still don’t know if I loved this added extra because it served as a distraction from the burning in my legs, or hated it because it also caused a burning in my arms. Either way, it definitely upped the ante in the “full body workout” category and demanded serious concentration.

Other funky moves I’ve never tried before included spider and donkey kicks, both of which included straddling the machine and using one leg to push the carriage away. Awkward? Absolutely. Effective? Yes, that too.

The overall tone of the class was not as intense or competitive as others I’ve been in. For example, between the bumping loud music and the constant stream of commentary from coaches at Solidcore, I am 110% engaged at all times. This also means I feel a great deal of pressure to perform and keep up with the pack (or suffer being called out) which isn’t always the best thing for my body depending on the day. At Sculpt, the atmosphere was much more relaxed and open. Sure there was necessary and appreciated encouragement, but I felt like I could disappear and do things at my own pace if I really wanted to. I felt no pressure to keep up or compete with my neighbor. If you prefer a less in-your-face style of coaching, this approach may be the best fit for you.

Mary was enthusiastically demonstrative throughout class, which is especially helpful when doing strange new moves on strange new machines.  You can say “wheelbarrow” all you want, but I’m not entirely sure what that has to do with me being on this machine. One minute she was lounging on a memo former next to you, the next she was on the floor behind you going over the most effective crunch angles. She also was noticeably vigilant, always ready to adjust or offer assistance to those who needed a little nudge in the right direction.

We ended class with a few deep stretches on the machine. This, my friends, was heaven. Not only did it signal a definite end to class, but it also gave us all a brief opportunity to attend to our tired bodies. I wasn’t a sweaty mess after this particular class, but I undoubtedly felt like I had just survived yet another encounter with the legendary megaformer. I grabbed a fresh clementine, my things, snapped a few photos, said my “thank yous” to Mary and her team and was on my way back into the city. Pass the foam roller, please!