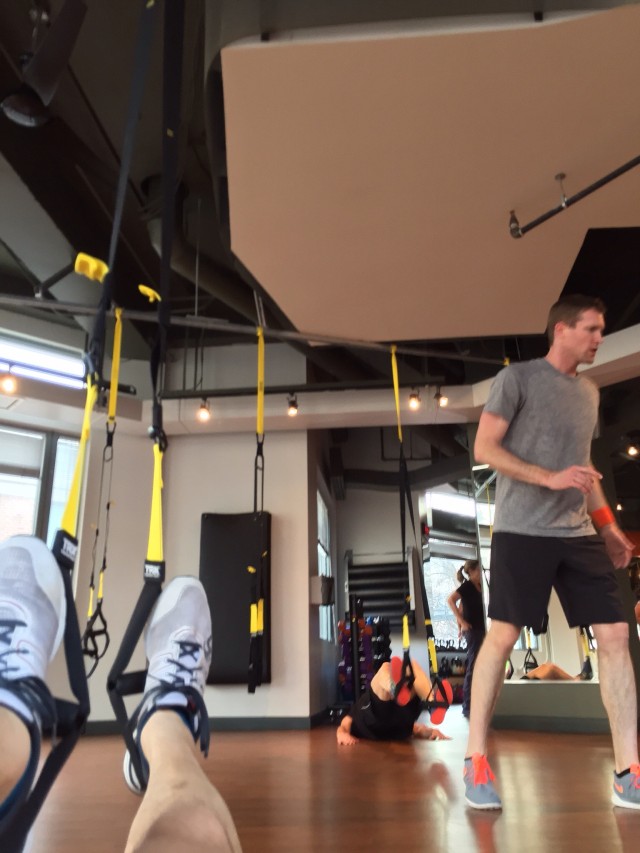 Crash Course: The Hardcore Class with TRX at Next Phase is an interval training class that incorporates plyometrics, calisthenics, and TRX workouts. It’s a full body workout designed to help you correct bad habits and posture.

My friend Hannah Yoo (hi Hannah) persuaded me to take the Hardcore Class with TRX at Next Phase. She’s legit, and like me, isn’t married to any one specific methodology, so I thought it would be worth a shot. Side note: Follow Hannah on Twitter (@hannahyoo). She live tweets the Bachelor and Southern Charm and it’s hilarious.

Next Phase is located in Bethesda on Old Georgetown Road, just above the Chipolte and one block from the Bethesda Metro.

Andy Schaefer, the owner, has two goals: establish a sense of community and provide for a fitness routine that is functional. When I hear the term functional fitness, I think of a routine that complements a specific sport, like a runner using plyometrics to increase speed. But at Next Phase, it means something different. Not all of us are training to be a football player, and often suffer from bad posture as a result of sitting at a desk all day.

Andy has designed a routine that is meant to counter those bad habits. If you think about your posture, your shoulders are turned inward, your back in rounded and head is pitched forward. You basically look like the Disney’s Hunchback except that guy was super strong and could swing from stuff.

The Hardcore class focuses on bodyweight and core strength. The class was divided into three stages with two trainers: Andy and April. There were a lot of people in the class, but the studio itself is pretty large allowing for it to be segregated accordingly.

The TRX portion of the class was great, despite my initial skepticism. The purist in me wants to stick to rings, the original gangsta, but Andy did show me a thing or two. There were a lot of great compound movements that definitely made me sore the next day. 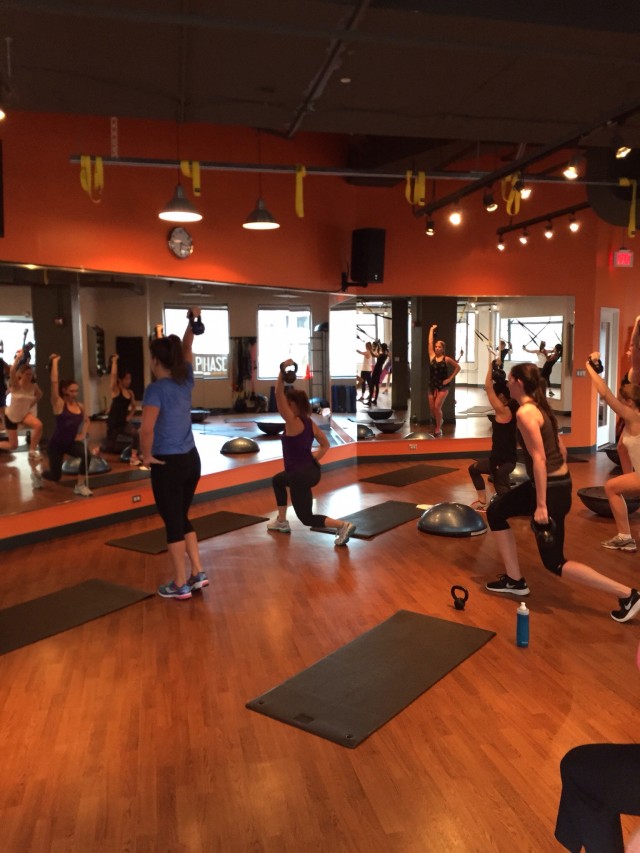 Additionally, Andy was a great coach. During our session, he made sure that everyone was using the proper form, and encouraged us to complete the exercises and not quit. Often instructors are hesitant to push class participants because sometimes they don’t want to push them too far out of their “comfort level.” Hannah noted that as Andy kept saying, “Hannah you could teach this class,” it encouraged her to work harder and not quit.

The TRX portion is meant to be the strength portion of the class. It’s significantly slower paced, but you are doing more strength based movements such as rows and pushups.

April’s portion of the class was more intense at least from a cardio perspective. Push presses, side lunges…I am not sure that there wasn’t a body part that wasn’t getting worked. This portion of the class functioned more like a HIT class with intervals of work followed by a short rest period. April definitely showed me my weak points.

This class probably isn’t for me, and that’s because it doesn’t necessarily align with my fitness goals (which involves more heavy lifting). However, it’s value is in the fact that it does have the potential to help people correct some bad habits and get into shape.

Interestingly enough, and I have not seen this before, Next Phase does have a child care center. For $4 a hour, you can leave your kid in a separate room full of toys, TVs and other stuff to keep the kiddies occupied while you sweat it out in the studio.